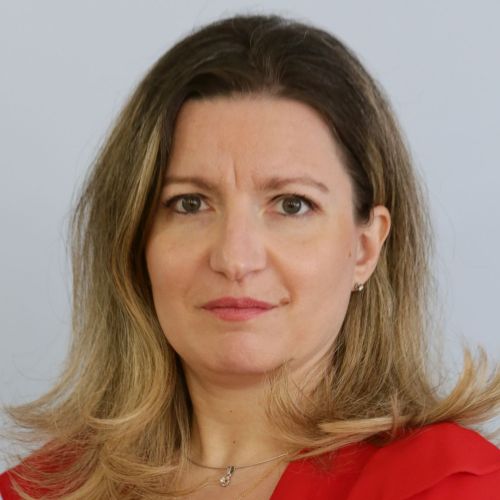 Pavlina Karasiotou is Secretary General for Social Security at the Ministry of Labour and Social Affairs since July 2019. She is an economist, graduate of the Department of International and European Economic Studies of the Athens University of Economics and Business. She has also completed her postgraduate studies in Economics (MSc in Economics) at the University College London and holds a PhD in Economics from the Universite Catholique de Louvain. Her doctoral thesis covered the relationship between education and the labour market. From 2005 she is an executive of the Ministry of Finance at the General Accounting Office, while in the past she has served as an Advisor to the Secretary General of the Ministry of Finance (2012-2014) and Director of the Office of the Secretary-General for Economic Policy (2014-2015). During the aforementioned periods, she has dealt with issues of privatizations and state-aid, having also an active role in the negotiations with the Institutions during the second memorandum. Since 2016, she has been actively involved in social security issues, mainly regarding the analysis of their economic aspects. She is a member of the Registry of Financial Auditors and the Trainers’ Registry of the National Centre for Public Administration and Local Government. She has worked in the European Commission (CEDEFOP). At the same time, she has numerous publications in scientific journals. She speaks English, French, Spanish and German.