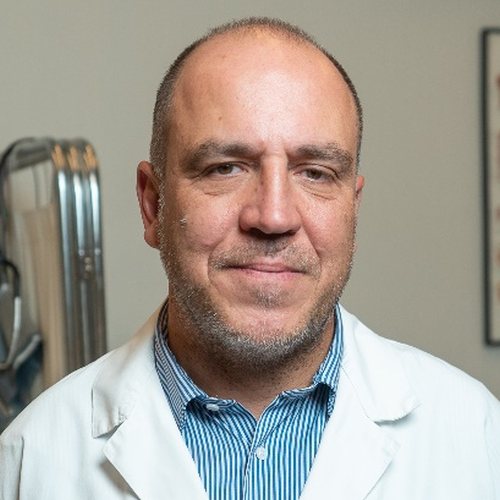 He graduated in 1997 from the Aristotle’s University of Thessaloniki Medical School and owns a PhD title by the same University (2014). Trained in Neurology at General Hospital “Papageorgiou” Thessaloniki as well as at Reha Hospital Godeshohe in Bonn, Germany. From 2009 until 2011 he was a research fellow in Neurology at the Hospital Papageorgiou (Headache Outpatient Department). 2012 until 2019 he was a Board Member at Hellenic Headache Society. Due to his constant and persistent scientific interest for headaches, Dr. Dermitzakis has written many articles and has participated in several studies, which were published in international medical journals and participated as a speaker in many congresses. Since 2015 he has been also working as Primary Investigator for clinical headache studies in Euromedica General Clinic of Thessaloniki, Neurology Department. Furthermore from 2017 up to now, he has been a medical advisor of the HELLENIC SOCIETY OF MIGRAINE AND HEADACHE PATIENTS. He is a reviewer for headache articles in several international journals.