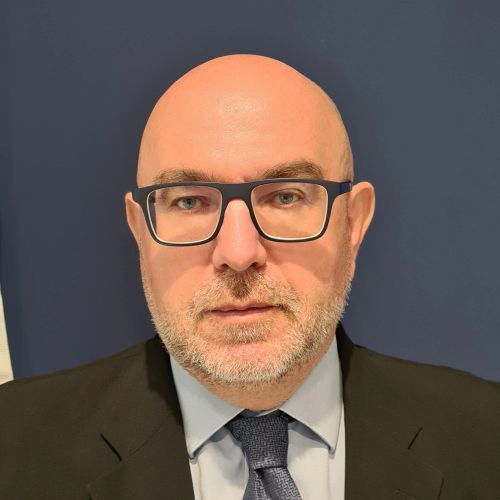 Head of Economic and Commercial Affairs, Embassy of Greece in Singapore

Emmanuel Markianos was born in Athens. He is a Civil Engineer, specializing in Road Construction and Major Projects Management. As a civil engineer he has worked as project manager for International Construction Companies in  various infrastructure projects abroad (Africa, Asia, Middle East), while he has been a shareholder and co-founder to a Greek  S.A. Technical Company. He was a lecturer at the Hellenic Air Forces in the field of Airport Runways and Construction Dynamics. In 1999, he entered the Faculty of Economic and Commercial Affairs of the National School of Public Administration. He served at the Offices for Economic and Commercial Affairs of the Greek Embassies in Jordan, UAE. (Dubai), Thailand, UAE (Abu Dhabi) and India as well as in  various positions in the Ministry of Foreign Affairs covering the Balkans, Middle East and OECD countries. He is currently a Counsellor for Economic and Commercial Affairs acting as the Head of the Office in Singapore. He is fluent in English and French and also, at a moderate level, in Arabic and Thai. He is married and has two children.