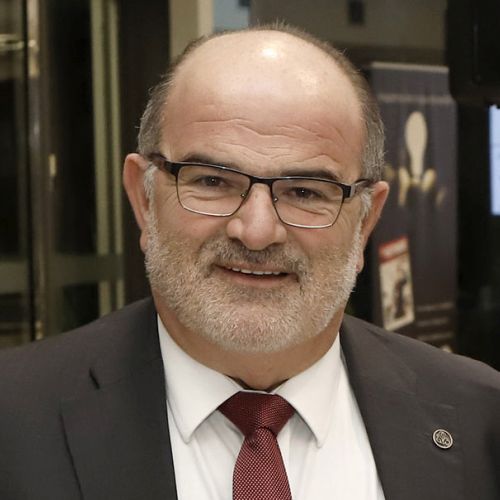 Giorgos Kavvathas was born in Athens in 1960. He studied at the Higher Public School of Merchant Marine Officers – Engineers and Mechanical Engineering at the Higher Technical and Vocational Education Centres (KATEE). His entrepreneurial activity has been in the restaurants’, catering, and food sector since early ʼ90s, creating significant and successful businesses in the sector as restaurants’ and catering company owner and manager. He is strongly interested in the developments regarding Greek food and gastronomy, following them closely through his participation in relevant bodies and associations. Since 2003 he has been elected Secretary General and later on (2012) President of the Panhellenic Federation of Restaurant Enterprises. Since 2005 he has been elected Vice-President at GSEVEE and since 2013 GSEVEE President. He is a Member of the Managing Committee of the Athens Chamber of Tradesmen and he has also served as a Member of the Boards in local authorities, legal persons governed by public law, representative organisations, social bodies, and associations.