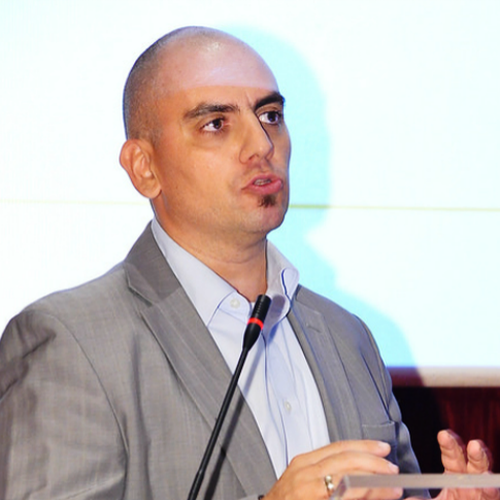 Manos Arkas started his first steps in the Greek Banking Sector in 1997, when he was employed by Ergasias Bank. After completing his military obligations, he was employed by EFG Eurobank-Ergasias Bank to become a member of the first Digital Banking Customer Service Team (in 2000), becoming later the Head of this team. In 2006, he had the opportunity to be a member of the team that delivered the first Digital Banking Group of Services in GENIKI Bank (Societe Generale Group) – for the next six months, he was the Head of Logistics & Operations Department for Digital Banking, before moving to the Project Management field. After being the Project Manager in several Digital Banking Projects in GENIKI Bank for almost 3 years, he had the opportunity to become the Head of Customer Service & Quality Assurance – Digital Banking in MARFIN Egnatia Bank (in 2010), before moving to the Project Management & Product Development field for Digital Banking projects & products. By the absorption of MARFIN / Laiki Bank by Piraeus Bank Group, he had the opportunity to move to Winbank, where he had been assigned the product development of winbank Mobile Banking applications, domestic and international. From 2017, he was responsible for the product development and the strategy of Piraeus Bank’s mobile applications as an Assistant Manager in Group Digital Banking, Piraeus Bank. From December 2019 up to now, he has been assigned the Product Management role for Core Banking products and applications for INTRASOFT International, Banking & Finance Division as a Senior Product Manager