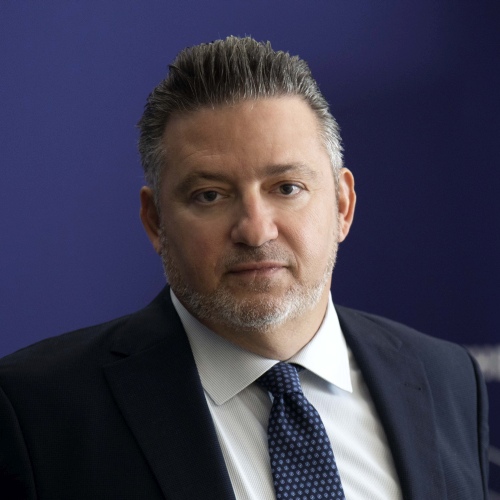 Nicolas Moschatos has over 25 years of experience in IT solutions development projects in large multinational companies, mainly as a Project Manager. His tenure in Accenture Greece began in 2000 as a Business Development Consultant in Information Technology, where for 7 years he took a leading role in the implementation of business projects in the telecommunications, retail and financial sectors in Greece and abroad. Since June 2007 he holds the position of Accenture’s Human Resources Lead in Greece. In addition to his role in Greece, he has previously served as HR Lead at Accenture Hungary and Slovakia with key role in designing and implementing the local HR strategy. Since 2015, in parallel with his duties in Greece, he is the HR Lead of Accenture Bulgaria. He is a graduate from the Department of Business Administration of the University of Piraeus and holds a degree in Computer Analysis and Programming.