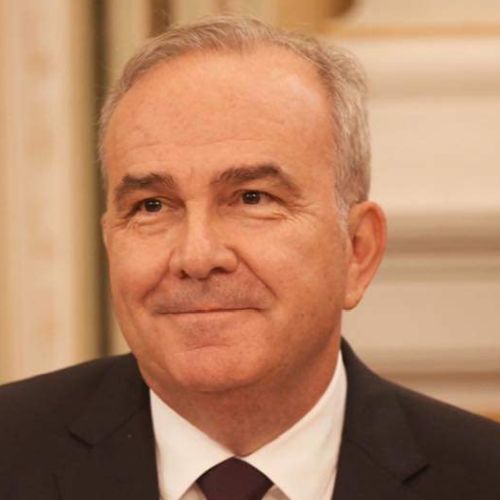 Nikos Papathanasis is a Mechanical Engineer and member of the Technical Chamber of Greece. He received his B.A.Sc. from the University of Toronto and he continued his education by receiving two post-graduate degrees, Master in Management and Aerospace Engineering.

He commenced work in 1984 at the De Havilland Aircraft Company (now Bombardier Aerospace) in Toronto. He served as a member of the board of the Hellenic Aerospace Industry (HAI) and as a member of the board and executive vice president of the Olympic Aviation. He worked for twenty four years as a senior and C level executive at private and public companies in Greece and abroad.

His work experience includes the management of State interest companies as in public transportation companies, namely, CEO of ISAP S.A. (Urban Rail) and President and CEO of Urban Rail Transport S.A. From 2008 to 2010 he was President – elect of the National section of the European Center of Employers and Enterprises (CEEP).

Throughout his thirty five years work experience, he has demonstrated his ability in developing business action reform plans, maturing investments, restructuring and streamlining of companies that led to a significant improvement of their balance sheets.