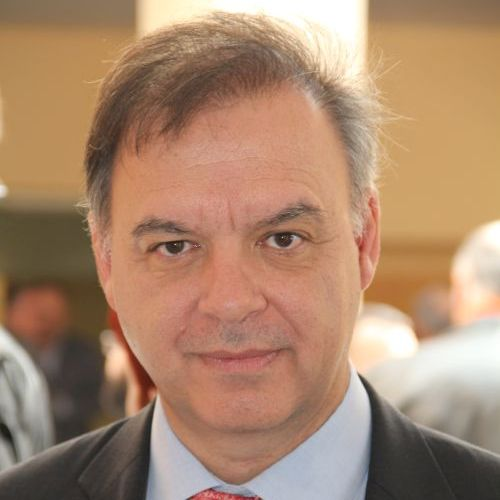 Panagiotis Liargovas received his BA degree from the University of Athens and his MA and Ph.D degrees in Economics from Clark University, Worcester MA. He has been a Fulbright Scholar, a Bakalas Foundation Scholar, a Teaching Assistant Scholar (Clark University) and a European Commission trainee (Brussels). He has taught in many Universities including Clark University, Bologna University, and the Universities of: Athens, Patras and Crete. He has been teaching at the Hellenic Open University for more than 19 years. He has served as economic advisor to the Greek Ministry of Finance, the Greek Ministry of Foreign Affairs and the Municipality of Athens in many occasions. For the period 2013-18 he was the Head of the Parliamentary Budget Office at the Hellenic Parliament. He is currently Chairman of the Board and Scientific Director of the Centre of Planning and Economic Research (KEPE) and of the National Productivity Board. He is also Professor at the Department of Economics, University of Peloponnese. Professor Liargovas specializes on International and European Economics, Monetary Economics, Regional Economics and Economic Development and Policy. His research agenda is highly interdisciplinary, combining economics, international trade and finance, strategy, social issues and management and focuses mainly on two regions: European Union and Southeast Europe (including Greece). His specialization on these issues and regions is manifested in several peer-reviewed publications (books, articles, research reports and conference papers) but also in extensive and continuous teaching. He has made more than 100 publications in academic journals and has published more than 20 books. His latest book (Pataki publishers, in Greek) was published in 2020 and was entitled “Ten years of crisis, three memoranda and a pandemic: Greece in search for a way out”.