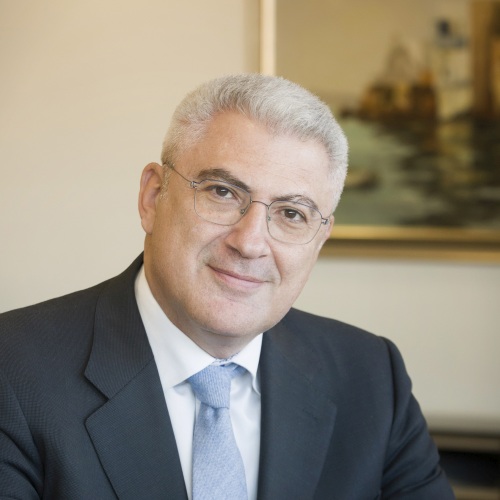 Stavros Konstantas, born 1966, is the CEO of “Ethniki” Insurance Company.

He entered the Company in 2011 and he was holding the position of CFO, until February 2016, when he was appointed Deputy CEO, acting as CEO.

During the period 1991-1998, he worked in ING Life of Greece, where he served in several responsible positions in the Actuarial Department. In 1999, he was appointed Chief Actuary and Operations Manager and from 2002 to 2008 he held the position of CFO. In 2009, he was appointed Chief Bancassurance officer, responsible for the Bancassurance agreement with Piraeus bank. He was also Deputy CEO in ING Life and ING Non Life and member of the Board of Directors of ING Brokerage and ING Piraeus JV.

In 2010, he worked in International Life where he held the position of General Manager (OPS, Finance, Risk).

He holds a Bachelor and a postgraduate degree in Mathematics from the University of Athens and he is a certified Actuary since 1994.