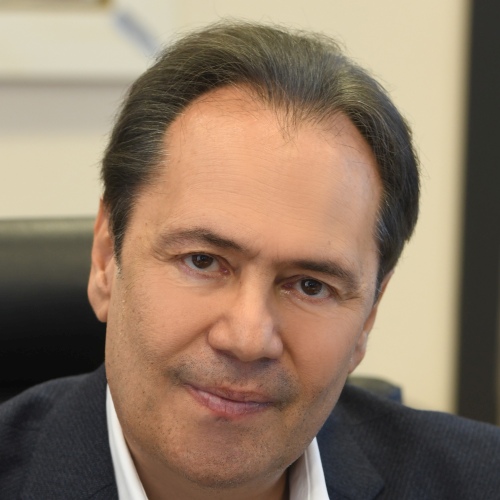 Co/CEO of the Elpen Group, President of the Panhellenic Union of Pharmaceutical Industries (PEF), Member of the Board of Hellenic Federation of Enterprises (SEV)

Theodore E. Tryfon was born in Mytilini – Lesvos. He graduated from Athens College of Greece and earned his BSc in Economics and Business Administration from the University of Southampton in UK. He continued his studies by earning his MBA from the City University of London Business School.

In 1990 he joined Henkel Hellas, Tryfon – Kastrinis S.A., a family owned business, which was sold to Henkel Germany in 1992.

Mr. Theodore Tryfon joined in 1992 Elpen Co. Inc. one of the leading Pharmaceutical Industries in Greece and currently is Co/CEO of the Elpen Group. Elpen Group also has a subsidiary in Germany, Elpen GmbH, and includes WinMedica and Aenorasis. He has played a key role in the growth of the Elpen Group with a turnover of 250.000.000€ in 2020 and more than 1100 employees in Greece and abroad, and exports in more than 40 countries.

He is currently the President of the Panhellenic Union of Pharmaceutical Industries (PEF) since 2014, an association which represents 45 companies with 28 production sites throughout Greece. Since April 2019 he is a Member of the Board of Hellenic Federation of Enterprises (SEV). In 2019 he became a member of the Board of Directors of Medicines for Europe, the European Association, which represents the European generic and value added medicines industry as a whole.