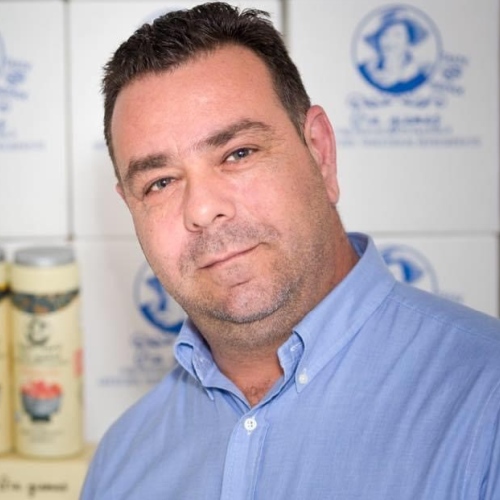 Everything began in 1997, my dream was to establish strong brands in the Horeca market, things that did not exist. I named my business Coffeeplus as I began selling Illy espresso for more than 8 years. I had the coffee but I was missing the plus so I started to create the part that was missing, which had a primary focus on beverages that did not include coffee. Creating different recipes I developed a new idea establishing a new company named BaristaPro that focuses on different beverages hot and cold that cater to the HORECA market.
My first project was Gia…giamas, using my Grandmother Marika’s recipes and her blessings, creating a homemade refreshment (juice or soft drink) that caters to young and old alike. We began with our traditional lemonade, which in a very short time became the #1 best seller in the HORECA market.

Soon after we followed with more flavors, always keeping our standards and criteria high, Greek fruit, and pure traditional tastes.
In time, new projects came as our hot beverages, CUP STORIES and our frozen beverages ICE STORIES, and many more making our portfolio rich in products helping a barista serve clients different types of drinks instead of just coffee.
My moto is the triptych – INNOVATION- DIFFERENTIATE – PROFIT