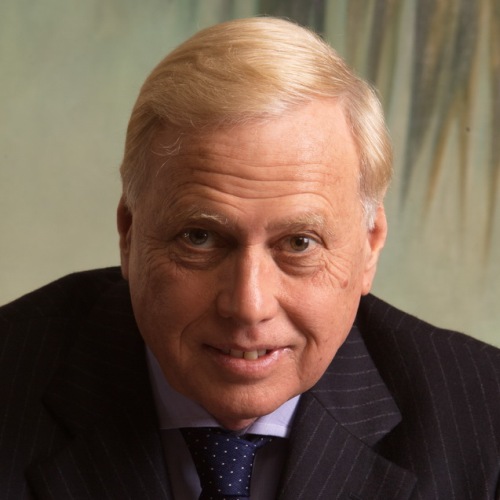 Nikolaos A. Makropoulos was born in New York and has studied at the London Academy and the University of Leeds. In 1970 he was initiated into the field of private insurance by commencing his career first in London and then in Athens, where he started cooperating with the Insurance Group of the late Mayor of Athens and renowned insurance broker G. Plytas. In 1993 he founded an Insurance Group that includes Europe S.A. General Insurance. In 1998, Ethniki Insurance, the biggest insurance company in Greece, having acknowledged the prestige, reliability and growth potential of Europe S.A., acquired a minority interest in its share capital, while its subsidiary NIMA Insurance and Reinsurance S.A. was the first company to be recognised in Greece as an authorised agent of the Binding Authority LLOYD’S OF LONDON for non marine insurances.

Together with his insurance activities, Nikolaos Makropoulos has been active in promoting the common interests of private insurers. He was first elected as a member of the Board of Directors of the Hellenic Association of Insurance Companies in Greece (H.A.I.C) in 1973 and during the period 1978- 1980 he was elected General Secretary of the Association of Insurance Company Representatives.

1988 was a milestone in his career as he became a founding member of the Hellenic Insurance Brokers Association (HIBA). He then served as Chairman between 1992 and 1994 and in 1994 he was proclaimed Honorary Chairman in recognition of his contribution to the institution of insurance brokerage.

Moreover, he was elected Chairman of the Association of Lloyd’s Brokers Representatives in Greece for the period of 1994 – 2003 and for several years served as an elected member on the Board of Directors of the H.A.I.C.

In 2018 he was awarded the honorary distinction of the “Leader in the Greek Insurance Market” for his contribution to the institution of private insurance.

Besides his activities in the insurance industry, in 2014 he was elected Vice President of the British Hellenic Chamber of Commerce.

In 2019 he participated in the municipal elections and was elected Councilor in the Municipality of Athens with the party of Kostas Bakoyannis “ATHINA PSILA”.

In September 2019, he was appointed Deputy Mayor of Development, Enterprise & Investments of the Municipality of Athens with the portfolio to strengthen the entrepreneurship, attract new investments and promote the cooperation between municipal bodies and private initiatives.

Nikolaos Makropoulos is married to Katleen Wagner with whom he has a daughter, Lavinia, while he has two children, George and Maria, from his first marriage.