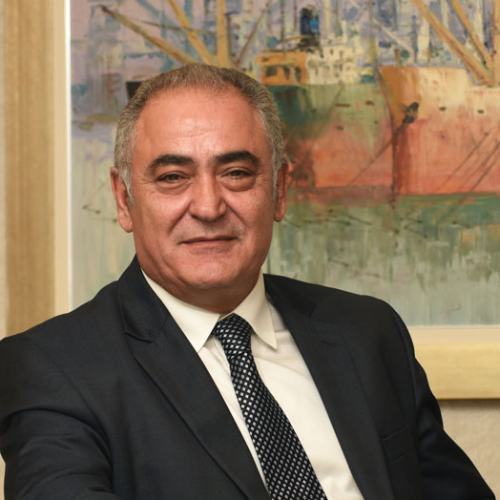 President of the Union of Hellenic Chambers of Commerce (UHCC)

Ioannis Chatzitheodosiou was born at Babalio Valtos of Aitoloakarnania (1963). He is of Greek Pontic origin.

He studied Economics at the Higher Industrial School of Piraeus (University of Piraeus) and participated at the Board of Student Association.

He started his professional career as Insurance Consultant at Nationale Nederlanden. He founded his own Agency “Insurances Chatzitheodosiou” (1990), transformed later as “MEGA Insurance Ltd”, (1998), and finally as MEGA BROKERS SA (2006). MEGA BROKERS SA is the largest Insurance brokerage company in Greece during the last 12 years. He is the President and the CEO till today. He has been elected as a Member of the Board of Directors of the Association of Insurance Mediators of Greece (EADE).

He was elected as Vice-President at the Union of Hellenic Chambers of Commerce in 2018, while from August 2021 onwards he holds the position of the President.

He is the Vice-President of the Regional Council of the Chambers of Attica and Honorary Member of the Board of the International Chamber of Commerce (ICC).

He is married with Mrs Chrysanthi Tsichli and has two children, Tasos and Ioanna.